The deadline for instituting new changes to the Nutrition Facts label required by the Food and Drug Administration (FDA)1 is just around the corner, but with a little help from the new presidential administration, food manufacturers may get their wish for more time to make the changes. President Trump’s nominee for FDA Commissioner, Scott Gottlieb, has said that, if confirmed, he’ll consider a possible deadline extension of up to three years.

The FDA, along with former First Lady Michelle Obama, announced required changes for the new Nutrition Facts label in 2016 with a two-year implementation deadline of July 2018, but trade associations and other food manufacturing groups have argued that two years isn’t enough time. They are asking for the date to be pushed to 2021, giving them a total of five years.

According to the Center for Science in the Public Interest2, executives from 17 industry groups representing food producers and manufacturers, including the Food Marketing Institute and the Grocery Manufacturers Association, sent a letter to Health and Human Services Secretary Thomas Price3 asking to keep the new Nutrition Facts label under wraps until 2021—five years after it was unveiled by the FDA. They say the extra time is needed because the changes are complex, especially when combined with new USDA requirements for labeling foods with genetically modified ingredients (GMOs). Chief among their concerns is the expense of redesigning their label twice. Manufacturers are asking to postpone the FDA’s labeling changes until the details of the USDA’s new GMO labeling requirements are available so that all of the changes can be made at once.

Scott Gottlieb, President Trump’s pick for FDA Commissioner, has said that, if confirmed, he’ll work to push the deadline back to give manufacturers sufficient time to make the adjustments. When asked about the new nutrition label requirements by Senator Pat Roberts (R-Kansas) during his confirmation hearing4, Gottlieb said he would consider postponing the deadline for the label changes, saying he is “philosophically in favor of trying to make sure we do these things efficiently, not only because it imposes undue costs on manufacturers to constantly be updating their labels, but we also have to keep in mind it creates confusion for consumers if the labels are constantly changing.”

The FDA’s changes to the Nutrition Facts label for packaged foods are designed to reflect current scientific understanding about the possible links between the food we eat and chronic diseases like obesity and heart disease.

The FDA’s changes to the Nutrition Facts label for packaged foods are designed to reflect current scientific understanding about the possible links between the food we eat and chronic diseases like obesity and heart disease. Proponents of the new requirements say they help consumers to make informed decisions about the food they eat. 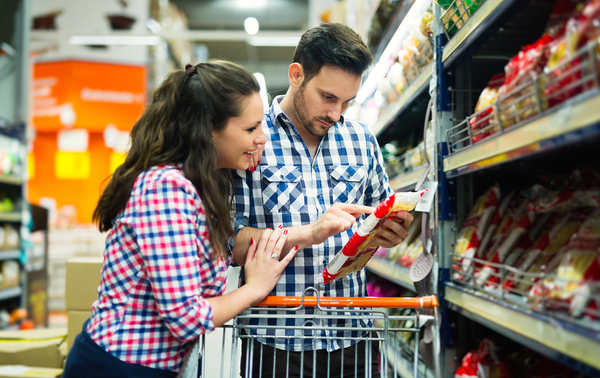 Among the required changes is a line for “added sugars.” This is intended to distinguish between sugars added to foods for extra sweetness and those naturally occurring in foods. Other changes include increasing the type size for “calories,” “serving size,” and “servings per container.” The calories and serving size will also now be highlighted in bold type. Additionally, the list of nutrients required to be declared on the label has been revised; daily values for nutrients including sodium, fiber and vitamin D and serving sizes have been updated; and “calories from fat” has been removed.

For more information on the new label requirements, download our Comprehensive Guide to the New Nutrition and Supplement Facts Panels.

1 U.S. Food and Drug Administration, Changes to the Nutrition Facts Label, as of June 19, 2017