The terms “granulation” and “agglomeration” have been used interchangeably despite the distinctions made by the chemical industry. In this discussion, “granulation” will be used to provide insights into the process of transforming fine powder particles below 150 microns, into stable large aggregates (up to mm) while retaining the appearance of the constituent particles. The granulation process can be used to provide functional benefits or remedy an inconvenience, such as the case with powder caking during storage. In both cases, granulation is created by cohesive and adhesive forces between neighboring particles.

Granulation has found applications in the food and beverages, nutraceuticals, pharma, fertilizers, agrochemicals, cosmetics, and other industries. It can be used to enhance functionality (reduced segregation and dust, improved porosity, bulk density, and hardness as well as control dissolution). Granulation technologies can be broadly categorized based on the method used - i.e. dry or wet.

Despite the routine use of WG and DG in commercial-scale applications, many functional food ingredients are moisture- and/or heat-sensitive, thus requiring specialized technologies to preserve their stability and control their release. Moisture sensitive formulations not suitable for dry or wet granulation can be granulated using thermoplastic or melt granulation (MG). The latter uses the same equipment as in WG except for a cooling step instead of drying. Molten hydrophilic (PEGs) or hydrophobic (waxes, hydrogenated fatty acids) binders are used instead of water, resulting in powders or granulates with somewhat predictable release profile (hydrophilic binders for immediate release and hydrophobic ones for sustained release.) 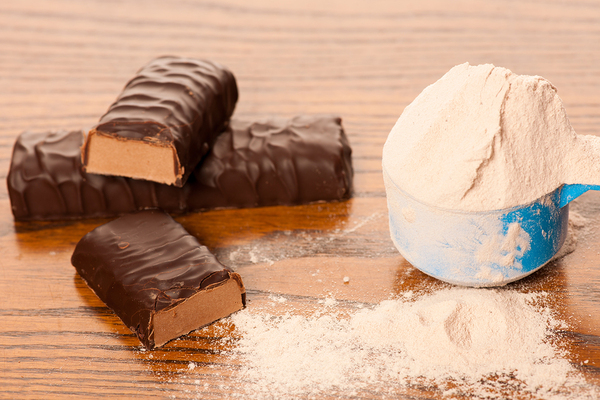 An unconventional MG-based approach uses meltable, heat-stable actives as granulation binders to form granules with very high concentrations of the actives. Ibuprofen and Propranolol, due to their proper melting ranges (74-77 oC and 50-60 oC, respectively) and stability have been used in granulating lactose-based formulations. A spin-off the DG process, referred to as pneumatic dry granulation (PDG), which combines roller compaction with air classification, was claimed to produce granules with high payload (up to 70-100%) and exceptional flowability and compressibility. Alternatives to WG processes include steam-, moist- and freeze-granulation, which were developed for granulating heat- and moisture-labile actives with promising results.

Granulation is routinely used in the food industry to produce flavored tea-bags, dispersible milk powder, beverage and soup mixes. Compacted granules are also used in nutritional-intervention programs, health bars, and dietary supplements solid dosages. Choosing a granulation technology should take into consideration physicochemical properties of the active, target application, and cost. If you're interested in learning more about our technologies, see our Granulation and Agglomeration page's.