What Manufacturers Need to Know About the Proposed Microplastics Ban

You may have heard that plastic microbeads in personal care products and cosmetics have been banned in the United States, Canada, and the United Kingdom in an effort to curb ocean pollution. But did you know that some scientists are now calling for a global ban on glitter? These festive, sparkly bits of fun become particularly problematic when washed down the drain—the ultimate fate of products like face and body glitter. (Learn about environmentally-safe glitter here).

Microplastics are tiny pieces of plastic, less than 5 millimeters across, that can cause big problems if they enter waterways. Microplastics are ingested by a wide range of aquatic life, including zooplankton, marine worms, fish, and crabs. Those at the top of food chains, such as sharks, whales, and seabirds, are likely to be especially impacted as they accumulate high levels of microplastics in their bodies.

Microplastic pollution is becoming pervasive throughout our oceans. Marine life often mistakes these tiny particles for food since they absorb the scent of algae. They are also ingested indiscriminately by animals that use filter feeding. Some marine animals are able to excrete plastics easily, but many others do so with difficulty or not at all, allowing microplastics to accumulate in their bodies over time. As larger fish eat smaller fish, the accumulated microplastics are passed up through the food chain. Microplastics can also enter through an animal’s gills during respiration.

Not only does the ingestion of microplastics increase the risks of suffocation and starvation in the most susceptible marine life, but the toxic effects of certain plastics on hormone regulation can interfere with such vital functions as metabolism, growth, development, and reproduction. Moreover, research has shown that microplastics collect organic pollutants, such as PCBs and DDT, on their surface. These factors, combined with the longevity of plastics in marine environments, suggest the seriousness of the threat that microplastics pose to the health and biodiversity of our oceans, as well as to the safety of the 2.5 billion people worldwide who regularly consume fish.1

Microbeads and the Microbead-Free Waters Act of 2015

At the end of 2015, the bipartisan Microbead-Free Waters Act of 2015 was signed into law. This law outlined a five-year phase-out of microbeads in consumer products, beginning with a production ban and ending with a sales ban.

Specifically, the law amends the Federal Food, Drug, and Cosmetic Act to prohibit “rinse-off cosmetics containing intentionally-added plastic microbeads” and defines a plastic microbead as “any solid plastic particle that is less than five millimeters in size and is intended to be used to exfoliate or cleanse the human body or any part thereof.”2 Although microbeads are typically associated with personal care products like exfoliating scrubs, shower gels, and soaps, the law also considers toothpaste to be a rinse-off cosmetic.

What are Microbeads Made Of?

Although the law doesn’t further define plastics, the microbeads used in personal care products have typically been made from the following materials:

Due to their minute size, not all wastewater treatment facilities are able to filter out microbeads, and they are released into waterways. Microbeads that enter rivers ultimately reach the ocean, where they remain indefinitely.

The 2017 UN Resolution to Reduce Microplastics

At the end of 2017, 170 member states of the United Nations met in Nairobi to attend the UN Environment Assembly, the highest-level decision-making body on the environment. Recognizing that oceans are a global resource and that ocean pollution has no borders, member states passed an important resolution focused on ending marine plastic pollution. The resolution has been signed by all 193 member states.

The resolution addresses one of the targets under the fourteenth UN Sustainable Development Goal: to “prevent and significantly reduce marine pollution of all kinds, in particular from land-based activities, including marine debris and nutrient pollution.”3 While a resolution is not legally binding, it creates a pathway for developing a treaty, which would be legally enforceable.

The UN Environment Programme (UNEP) resolution calls for expedited action by member states to control the spread of marine microplastics and other plastic litter, the strengthening of partnerships to facilitate this, and a commitment by countries to monitor the amount of plastic going into the oceans. Other resolutions from the assembly addressed air and soil pollution. The 2017 UN Environment Assembly, whose theme was “Towards a Pollution-Free Planet,” received broad support and included participation by NGOs and the private sector.

Countries that have taken actions to reduce microplastics, either through enacted or proposed legislation, include the United States, Canada, Australia, New Zealand, India, South Korea, Taiwan, and several European countries, such as the United Kingdom, Sweden, and Belgium. Furthermore, the European Commission, the executive body of the European Union (EU), has published a comprehensive plastics strategy that directly addresses microplastics.

The European Commission has outlined measures for microplastics reduction, monitoring, mapping, and removal during wastewater treatment, in addition to asking companies and trade groups to facilitate industry-wide commitments to reduce microplastics pollution. The Commission is also considering factors such as microplastic loss from textiles and paints and restricting the use of plastic additives that promote fragmentation.

Some NGOs have argued that an EU reduction on microplastics and voluntary removal by companies is not enough and are calling for an outright ban on all polymers in cosmetics and personal care products. Beat the Microbead is a coalition that is closely tracking the progress made toward the elimination of microplastics in these products. The coalition maintains that microbeads are not the only harmful plastics present in rinse-off products. 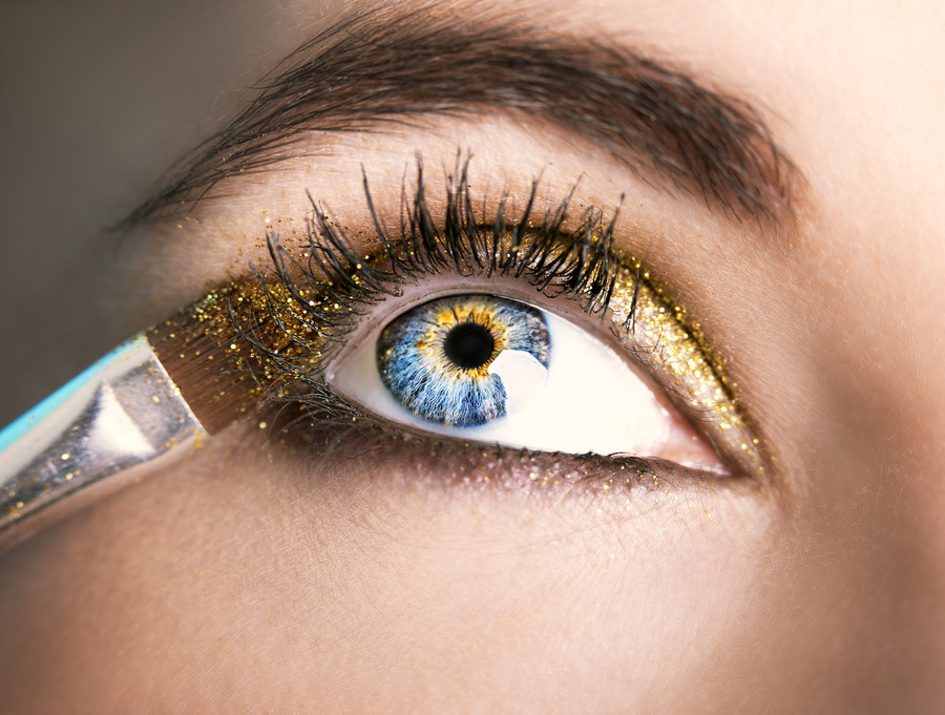 Some scientists and environmental groups are even calling for a ban on glitter. Glitter, which is typically made of PET and aluminum, has the same problems—namely endocrine disruption, pollution absorption, and bioaccumulation—as other microplastics.

Dr. Trisia Farrelly, an environmental anthropologist at New Zealand’s Massey University, has unwittingly become the spokesperson for this movement and is frequently interviewed on the issue. “Why should producers continue to get away with making a profit out of the production of single-use disposal plastics, like plastic-based glitter, while bearing little to no responsibility for the environmental damage they cause?” asks Farrelly.4

“Asking consumers to be better recyclers is really a bottom-of-the-cliff solution. One report this year estimated that 91 percent of the globe’s plastic waste isn’t recycled. You can’t recycle plastic glitter.”5 She notes that there are biodegradable options available.

Glitter in rinse-off cosmetics is, in fact, prohibited under the United Kingdom’s microbead ban, which many consider to be the toughest microplastics ban enacted so far. The ban does not apply to craft glitters, however.

Can you imagine a world without glitter? Thanks to Watson, you don't have to. Click to download our Edible GlitterTM brochure and request a free sample. Or contact us to discuss which Edible GlitterTM is best for your project to make sure your products have a sparkling future!

1. Food and Agriculture Organization. (2005). Many of the world’s poorest people depend on fish. FAONewsroom. Retrieved from http://www.fao.org/Newsroom/en/news/2005/102911/index.html