The DGA state that adults are eating and drinking 13% of calories from added sugar per day. Younger children are munching on even more added sugar! The DGA wants to lower this to 10%. This 10% of added sugars is equivalent to 200 calories, 50 grams, or 12 teaspoons of sugar in a 2,000 calorie diet. What does that look like? 200 calories of sugar equates to one 16 oz. soda or to four glazed doughnuts for the entire day. 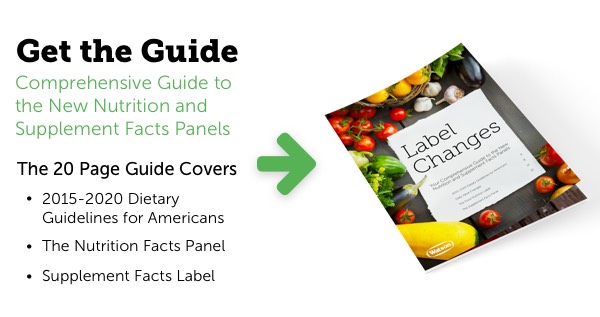 The DGA exclaims that it is important to limit added sugar consumption because with added sugar comes additional calories without nutrients, which are also known as empty calories. If empty calories are consumed in excess, they will cause people to gain weight and lead to chronic disease. There is a strong correlation between added sugar intake and chronic health diseases (1).

Are Sodas Losing Their Sparkle?

The DGA have made an impact on soft drinks because the sale and shares of carbonated beverages are declining. Soda consumption is now at an all-time low. This is because consumer’s perception of carbonated beverages has been altered since there is a strong connection between sugary drinks and disease. The city of Berkeley, CA was the first to create the nation’s first soda tax in 2014.  On June 16, 2016, Philadelphia, Pennsylvania passed a 1.5 cent per ounce soda tax. Despite a fight by the American Beverage Association, the tax has passed. This will have a huge impact on the soda industry because Philadelphia is the fifth most populated city in the United States.  Soda industries are going to be further impacted in the future and more cities could rally to pass this soda tax.  However, the soda tax is not the only component that is defeating the soda industry. In grocery stores today, there are more caffeinated beverages from which to choose from. Coffee, tea, and other caffeinated beverages that are lower in calories and added sugar are being purchased at stores as a substitute for sugary sodas (2). Overall, the industry is reacting to the consumer demand by providing more beverage options that are low in sugar.

Dairy: A Food Group of Concern

Why Taurine Should Be Added to Grain-Free Pet Food

Vitamin D: A Quick Guide to This Nutrient of Concern